Translated from Japanese by Shishou(師匠)

This is the story of a couple who arrived at an old building that was rumored to be rife with supernatural activities. They searched the place for an hour or so but couldn’t find or feel anything that they could call ‘paranormal’. Dejected and Disappointed, they returned to their car, started it, and headed back towards their home.

They chatted such useless things while riding the car back. At this point, the boyfriend, who was driving the car, was blinded by a beam of light from an oncoming vehicle. From the looks, it seemed like a motorbike. As soon as they passed the bike, the boyfriend hit the gas pedal hard and sped up the car.

“Hey!–That’s dangerous…” the girl spoke in a distressed voice.

Her boyfriend, however, didn’t listen. His face was pale with fear, and he was trying his best to control the car with his trembling hands. After a while, when they reached a familiar street, he stopped the car.

“What was that??” the girl asked.
“The bike rider…whom we passed a while ago…didn’t have a…head.” 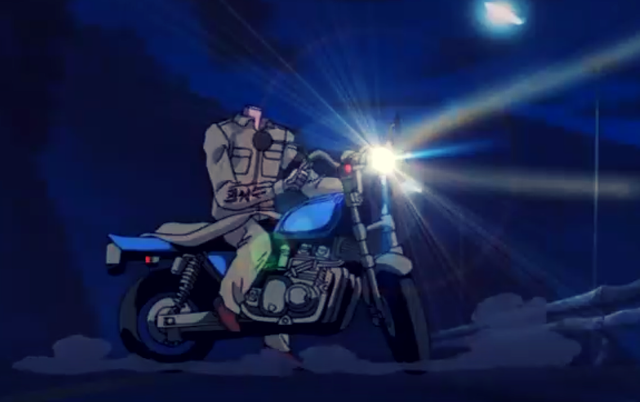 Headless spirits are nothing new and they have been a part of popular culture from ancient times. Among these headless spirits, the most famous one in Japan is the legend of a headless rider. Its reality most probably lies in a tragic accident where a motorbike rider, who was unaware of an installed wire on a road, got his head stuck in the wire and died on the spot due to decapitation.
Also, it might be the case that in the darkness of the night, a black helmet is not clearly visible and so people who see such riders might assume that they are the headless riders from the legend.

What you think about this story? write in the comments below.

Also, subscribe, bookmark, and share this post to spread creepiness in the whole world.
If you want to get notified about my new posts, then subscribe to this blog by entering your E-mail in the box in the right sidebar.
Post Views: 49
CategoryHorror Stories
Tagsart creepy dark film halloween horror horrorart horrorfan horrorfilm horrormovie horrormovies movie scary thriller

Room 217 or Room 237? Mike Flanagan on the Difficult Choices He Had to Make for ‘Doctor Sleep’ [Interview]