F. Marion Crawford's The Dead Smile: A Two-Minute Summary and Analysis of the Classic Macabre Story

October 17, 2019 0 By pavani
A rictus grin (known in medicine as a risus sardonicus) is a chilling postmortem phenomenon that leaves a corpse with a toothy smile during the early stages of decomposition. This is usually caused by tetanus or a neurotoxin, which cause the facial muscles to sustain a spasm, raising the eyebrows – as if in hilarious astonishment – and drawing the lips and cheeks back in an expression of manic humor. While the eponymous smirk of the following story may have a more supernatural than medical source, it’s almost certain that Crawford was influenced by reports of the rictus (before the proliferation of antibiotics, lockjaw and death from tetanus were far more common in all strata of society).
“The Dead Smile” is one of Crawford’s finest horror stories – one of the Big Five – and remains a frequently anthologized tale. A masterpiece of the gothic, if somewhat sentimental, the story takes its cue from Poe and Hawthorne (particularly Poe’s “Berenice” and “The Fall of the House of Usher” and Hawthorne’s “The House of the Seven Gables”) who frequently pondered hereditary guilt and the conflict between free will and destiny.
Poe’s “Berenice” follows a manic-depressive man’s morbid obsession with his beautiful cousin’s teeth (famously slow boiling up to a brutal finale scorched by necrophilia, live burial, and dental mutilation), which used the motif of teeth to symbolize the touch-point between physical lust and spiritual adoration. In the following story, Crawford employs the toothy smile as a symbol of carnality, hate, and evil. Hawthorne’s “House of Seven Gables” (itself influenced by Poe’s “Usher,” which – like all four stories – involves a degenerate family plagued by a curse) involves a love story tremendously similar to the one in “The Dead Smile.”
II.
Sir Hugh Ockram is dying, and when he dies he is going to hell. A notorious libertine who ruined women and left misery in his wake, he is laying on his death bed with the smug sneer of an unrepentant sinner on his face. His hundred-year old nurse considers him with horror as she watches him wheezing on the bed, his yellow, parchment-like face contorted in evil. Attending him also are his niece, Evelyn, and his son, Gabriel, who have come to ask for his blessing in their coming nuptials. Bitter and warped to the end, Sir Hugh cynically notes that his blessing doesn’t matter, but that there is a very good reason why they shouldn’t marry – a reason he refuses to reveal. He falls asleep and the lovers go outside to ponder the meaning of Sir Hugh’s secret. Below their feet are the corpses of generations of debauched Ockrams, and Gabriel hopes that he hasn’t inherited their wickedness. He relates the story of one ancestor who was beheaded, and whose head had a way of rolling out of its coffin and being found warped with a smile much like Sir Hugh’s – a smile which has twisted the faces of all dead Ockrams since then. 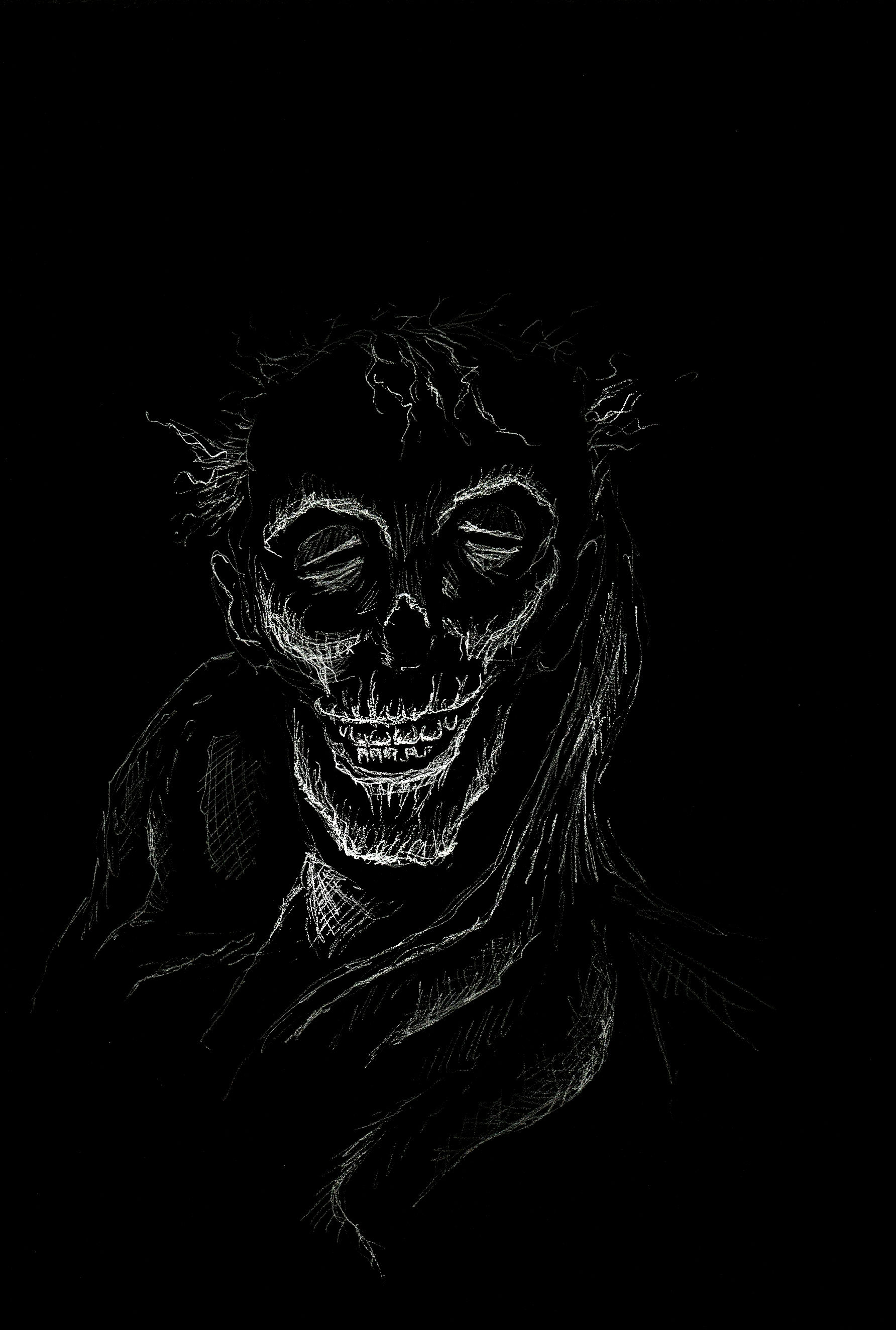